The client is a large, US-based healthcare analytics provider. The company’s solution helps customers with a variety of insights into patient satisfaction, health risks, and more. Overall, the particular product is used to deal with a large amount of data, which must be collected, analyzed, and transformed automatically.

The platform data ingestion flow was originally managed by the custom workflow orchestration tool. That tool was a bottleneck in the data pipeline, which resulted in regular data delays. The engineering team spent a lot of time fixing the issues, rather than focusing on business tasks.

After a deep market review and exploring options to address the issue, we decided to replace the existing tool. We chose Apache Airflow, and by implementing this tool we were able to achieve a stable and scalable data flow. The choice was based on the importance of retaining the ability to rollback any of our changes, because any decisions made may need to be checked.

The result was a system that could handle a large number of data pipeline tasks. The migration was made with the ability to rollback changes to the previous version. The number of delays and issues was reduced to the bare minimum. As a result, the client-side had more time to deal with business tasks.

The project was a data pipeline, which transferred data from OLTP data sources to the Business Intelligence platform for further analysis and reporting. The data pipeline was a set of 6 sub-pipelines (at the time when the project started), which were handled by a custom workflow orchestration tool.

Each sub-pipeline served a separate BI module and was a unit for work, which consisted of: 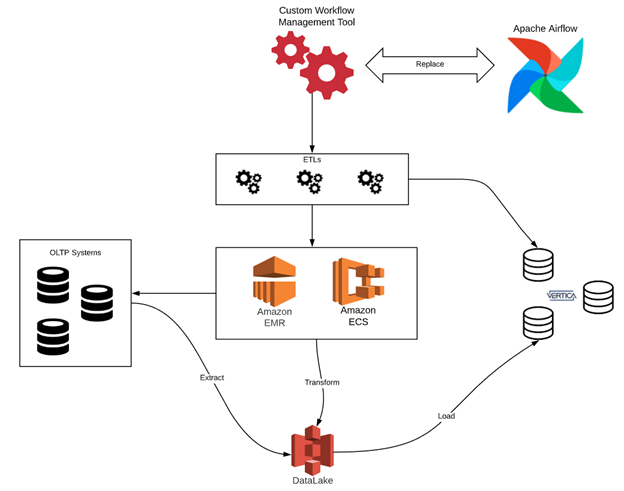 The main challenge was to replace the orchestration tool while maintaining the existing data pipeline jobs’ configuration that developers were accustomed to working with. In the case of any major changes and new sub-pipeline process implementations, the client-side team would need to get accustomed to completely new processes. We took this into account and proposed a solution, which we eventually implemented.

All these problems led to a very serious slowdown of the entire data pipeline system. Although it was critical to preserving the existing sub-pipelines, the implemented Airflow framework solved all the above problems. However, to implement this solution, our team faced several problems.

Working on the project, our team achieved the following results:

It was critical to maintain the configuration of the existing data tasks in the new Airflow system. To do this, it wasn’t enough to simply implement Airflow, it was necessary to expand the functionality of the framework. Our team has implemented custom Airflow operators, so that they can read data pipeline steps and translate them into Airflow steps. As a result, this custom Airflow plugin allowed us not only to migrate existing sub-pipelines with minimal changes but also to increase the overall readability of the system.

The existing workflow orchestration system didn’t have an automated restart feature in the event of any trouble or shutdown. As everything had to be done manually, engineers spent a lot of time on this. Our team decided to develop a new Airflow feature for custom operators and implemented an auto-restart mechanism with a configured number of retries. From now on, in the event of any unforeseen issues or delays, the system automatically continues the execution of the data pipeline.

Our team added structured logs streamed to AWS, which allowed us to configure alerts, subscriptions, statistic dashboards based on logs, and improve overall monitoring.

By adding additional user information to the logs, our team managed to increase the overall security of the system.

GOT A HEALTH TECH
PROJECT IN MIND?

Together we can develop the great solution to maximize the return on your investment in data.

Prior to our participation, problems in the custom workflow orchestration tool had been arising with an approximate frequency of 1-2 per week. Within 3 months, our team completely replaced the existing workflow orchestration tool and implemented a new solution. This allowed us to solve all the issues with Data Pipeline without significant changes in client data tasks, and automate and optimize all processes within the project.

About the case study author 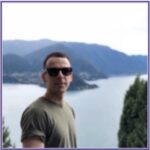 My name is Leonid Sokolov. For the last 5 years I’ve been leading architecture and implementation of enterprise-level BI and DWH solutions in the healthcare domain. For the last 10 years I’ve been managing Data Systems. If your data system is diagnosed with one of the common illnesses of today and looks like silos of DBs, or has a lack of scalability and agility, please fill in the contact form and I’d be glad to share recommendations of a good cure for your case over a virtual cup of coffee. 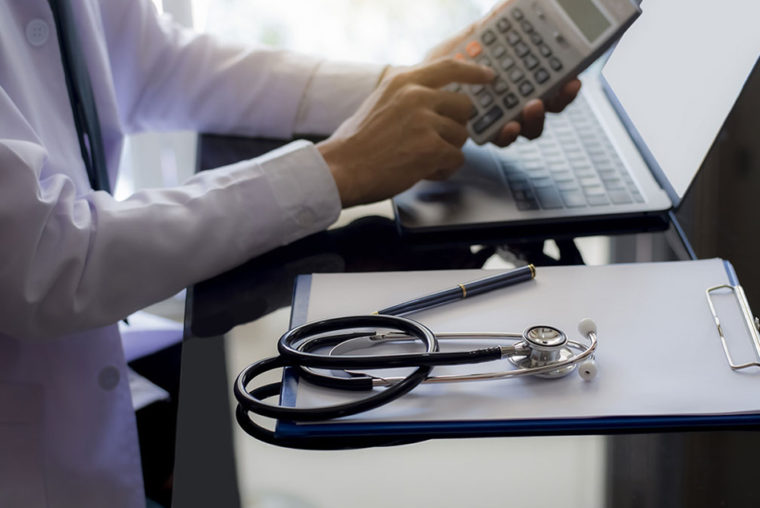 Building an MVP Based on Open Data for Sales in Healthcare

The result of the project is an MVP, a concise version of the original solution that would use publicly available data and showcase the demo results to the clients during the sales process without having to inquire them for anything before they saw the product. MVP approximates benefits of joining the PCF, personalized specifically for individual practices. 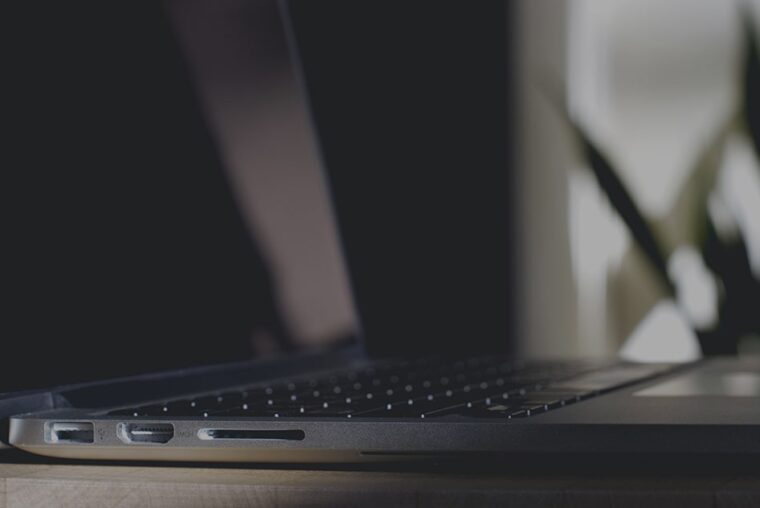 The result was a system that could handle a large number of data pipeline tasks. The number of delays and issues was reduced to the bare minimum. The client-side had more time to deal with business tasks. 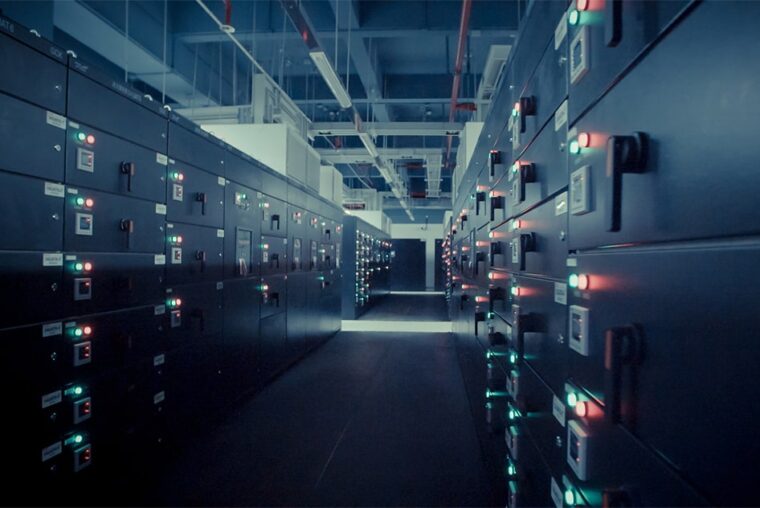 Our Goal was to constantly improve and adapt technologies in order to scale the system from 0 to 10K users during a rapid customer growth and allow for a quick onboarding. 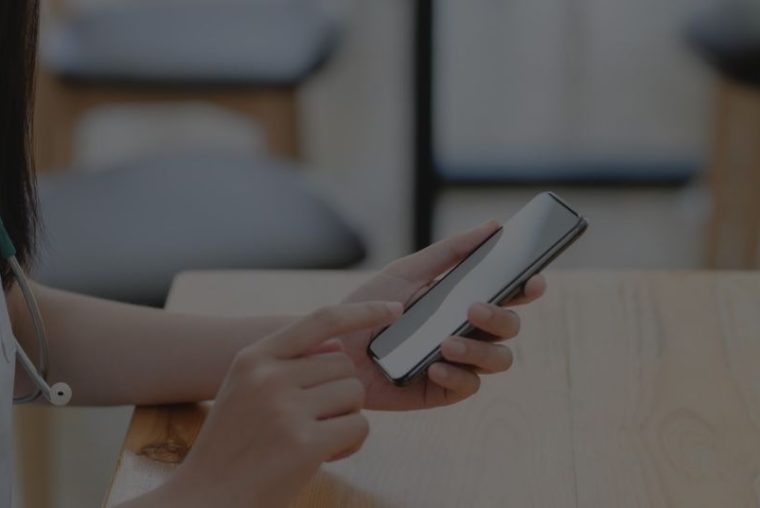 The main requirement was to replace an old subscriptions product, so a new one must have the same features and non-functional characteristics. 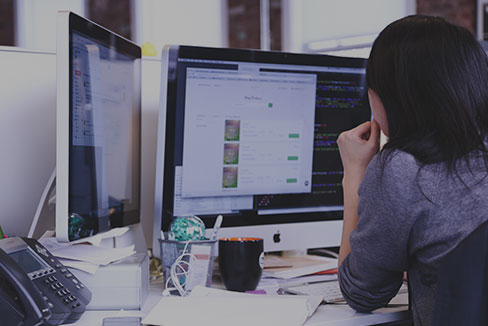 Project goal was to get system logs from all clients and build comprehensive analytics to track usage, devices failure and performance. 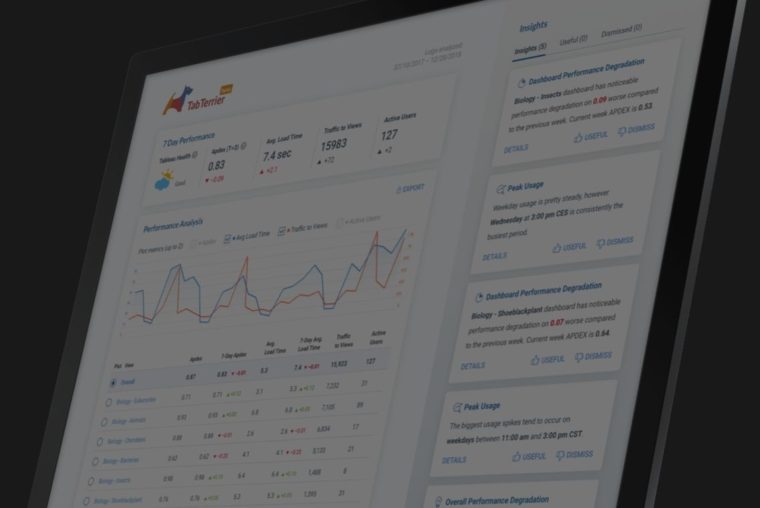 To address the need for a powerful insight solution, GreenM team built a product that covers all of the aforementioned aspects. A scalable cloud-based application accumulates and processes all available Tableau Server information. 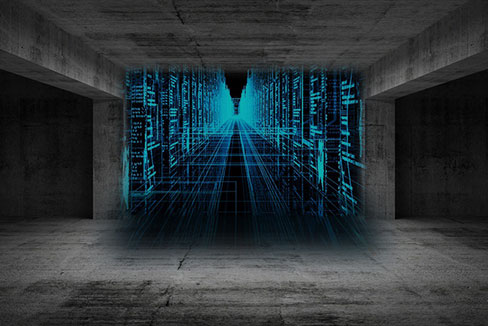 How to Build a Scalable Data Pipeline

A product that can’t be changed tomorrow may turn out to be a wasted investment. That’s why a scalability is a leading tendency among business.

View all case studies
GOT A HEALTH TECH
PROJECT IN MIND?

Together we can develop the great solution to maximize the return on your investment in data.